Rhinoplasty or Nose Job, the Reshaping of the Nose – Plastic Surgery

A Rhinoplasty or “Nose Job” is one of the most popular plastic surgeries around the world. It consists of reshaping the nose to achieve facial harmony. This plastic surgery is also performed to reconstruct the nose after an injury or to correct the deviation of the septum which causes breathing difficulties.

The shape of the nose is an inherent part of heredity and ethnicity. Middle Eastern people are distinguished by their “Phoenician noses”, which are mainly prominent, badly defined, with either a straight bridge or a bony hump. They also represent a large and sometimes droopy nose tip.

These features often affect the balance of the face and cause great embarrassment especially among teenagers. For these reasons, rhinoplasty is the ideal solution to reshape the nose and achieve a more satisfying facial contour.

Am I a good candidate?

Rhinoplasty should be performed only after the face has reached its full development, which is usually around the age of eighteen.

Good candidates are non-smokers and healthy individuals who do not have medical conditions that can impair healing or increase complication risks.
During the consultation, I will evaluate your general health status, motivations and expectations.

How is it done?

Rhinoplasty is usually performed under general anesthesia and takes one to two hours. There are two techniques for Rhinoplasty procedures, depending on the patient’s nose condition and shape:

The incisions are made inside the nostrils. This technique does not necessitate an external incision, leaves no scars and heals relatively fast.

An incision is made across the columella – the small skin between the nostrils. This technique is used for more complicated nose jobs and leaves a small scar, which will fade soon afterwards.

Once the incisions are made, the soft tissues covering the nose are gently lifted to reach the bone and cartilage. Then I will start sculpting the bone and cartilage to get rid of the bridge hump, without over removing it to avoid unnatural results. To correct the large tip, its cartilage is narrowed and supported with grafts taken from the septum to ensure a well-defined nose shape.
If the patient suffers from septum deviation, I will adjust the nose bridge and the inner nose structures to enable breathing.

How long is the recovery?

Following a Rhinoplasty, patients will experience some discomfort due to the wadding, which obstructs breathing but removed after one to three days. The splint is taken off one week after surgery and replaced with a smaller one for few days.

Swelling and bruising around the eyelids is a natural result of the procedure and will fade within ten days. The final results will show after twenty days, when the swelling completely subsides.
Patients can resume their normal activity within ten days but should refrain from strenuous activities for at least one month. It is also recommended to avoid wearing eyeglasses and sunglasses for at least four months.

Be sure to ask all the questions concerning what you can expect during the recovery period. 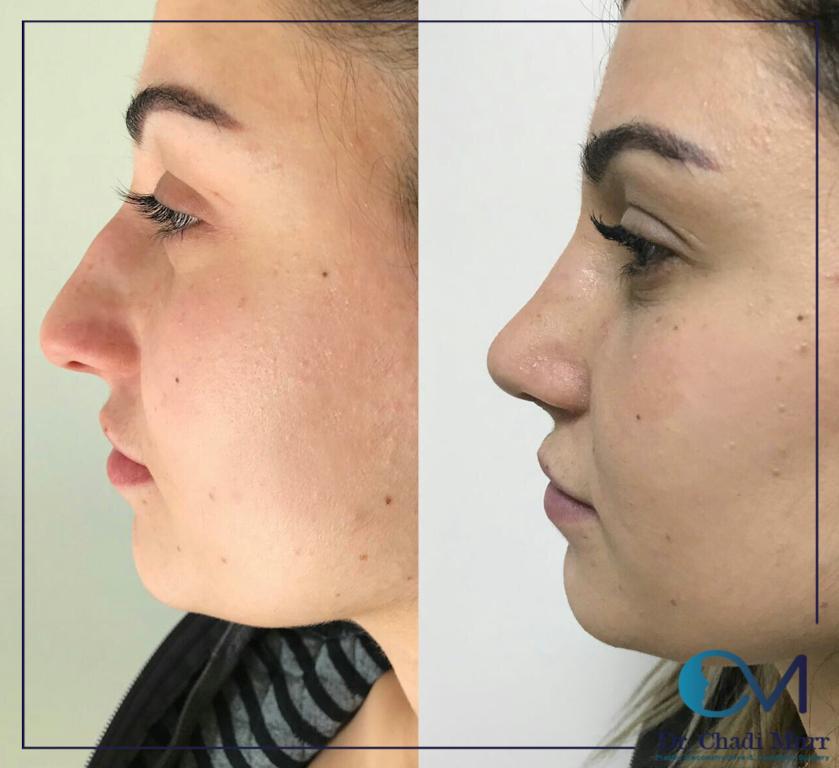 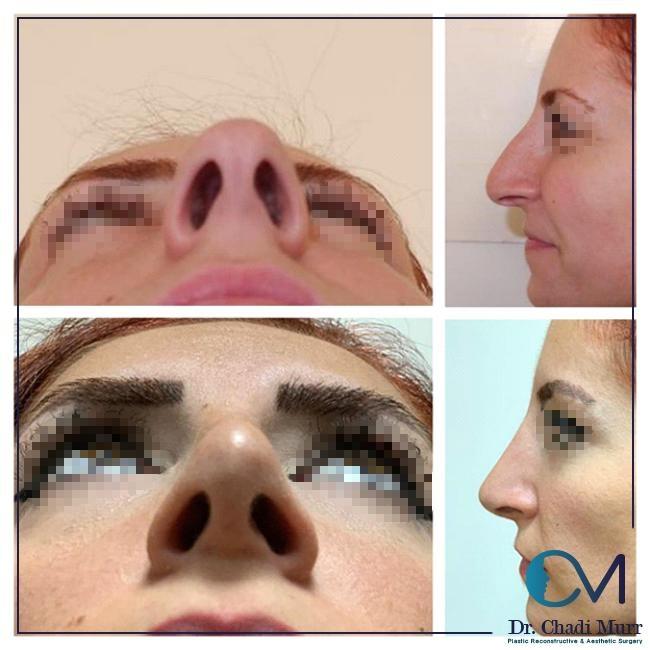 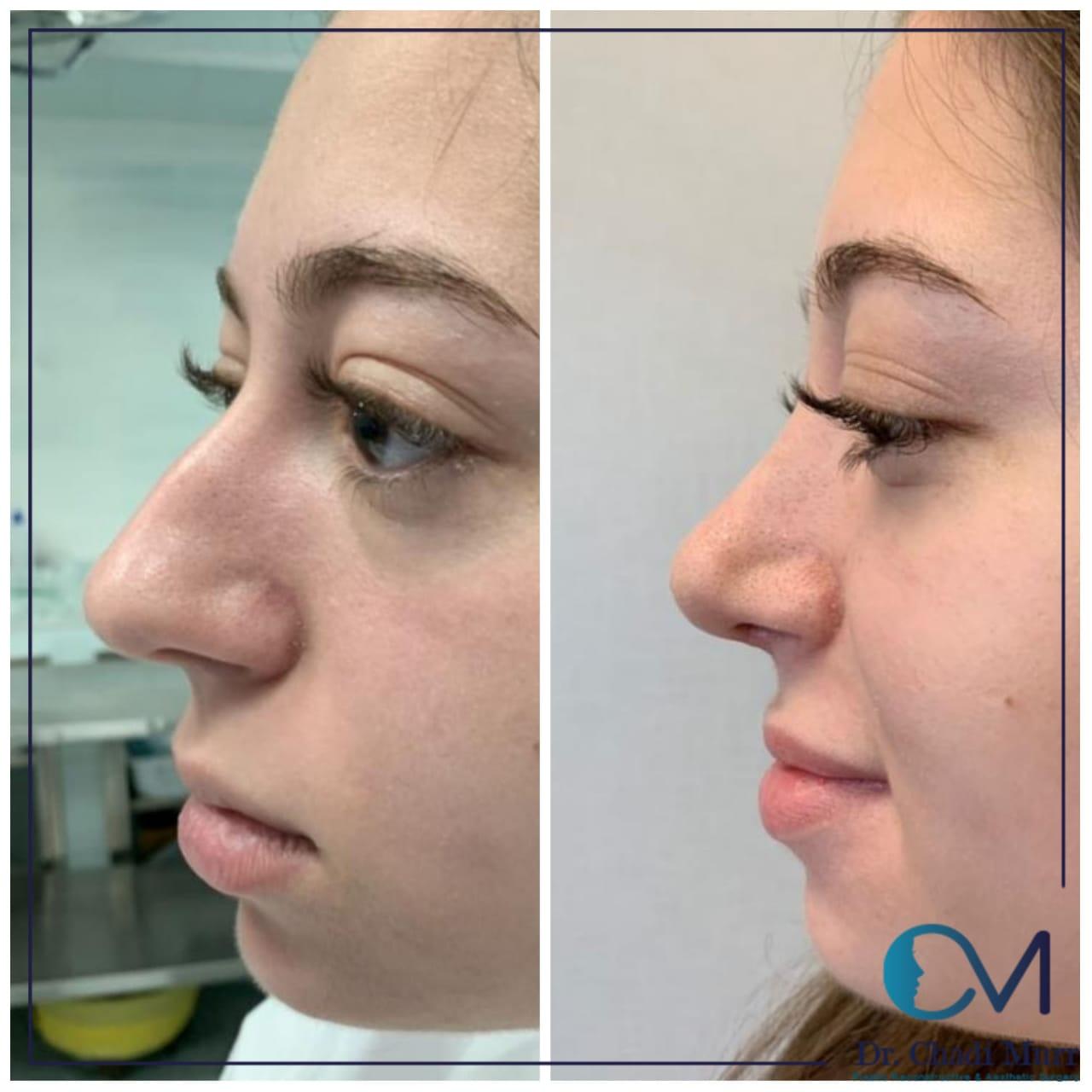 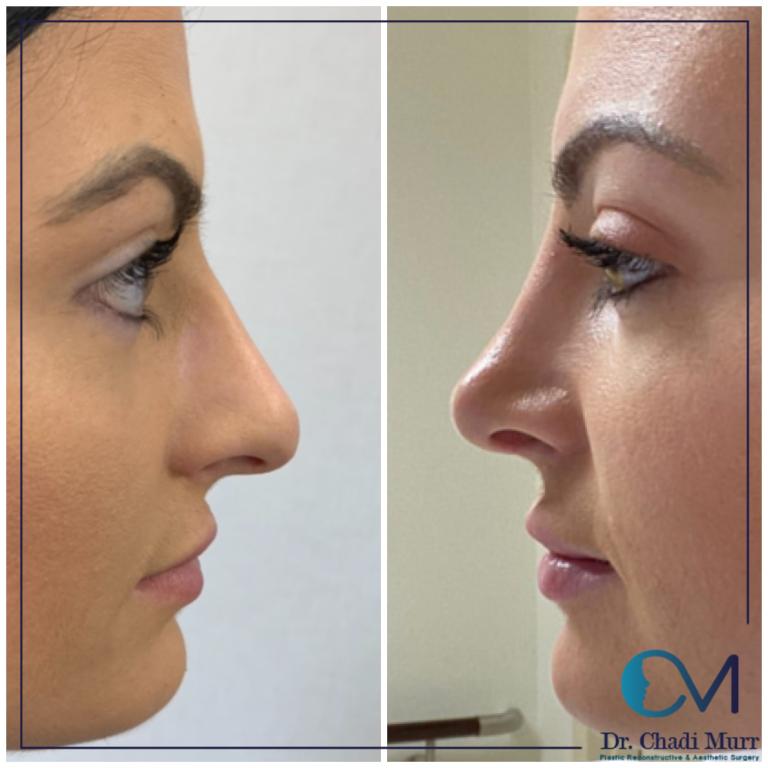 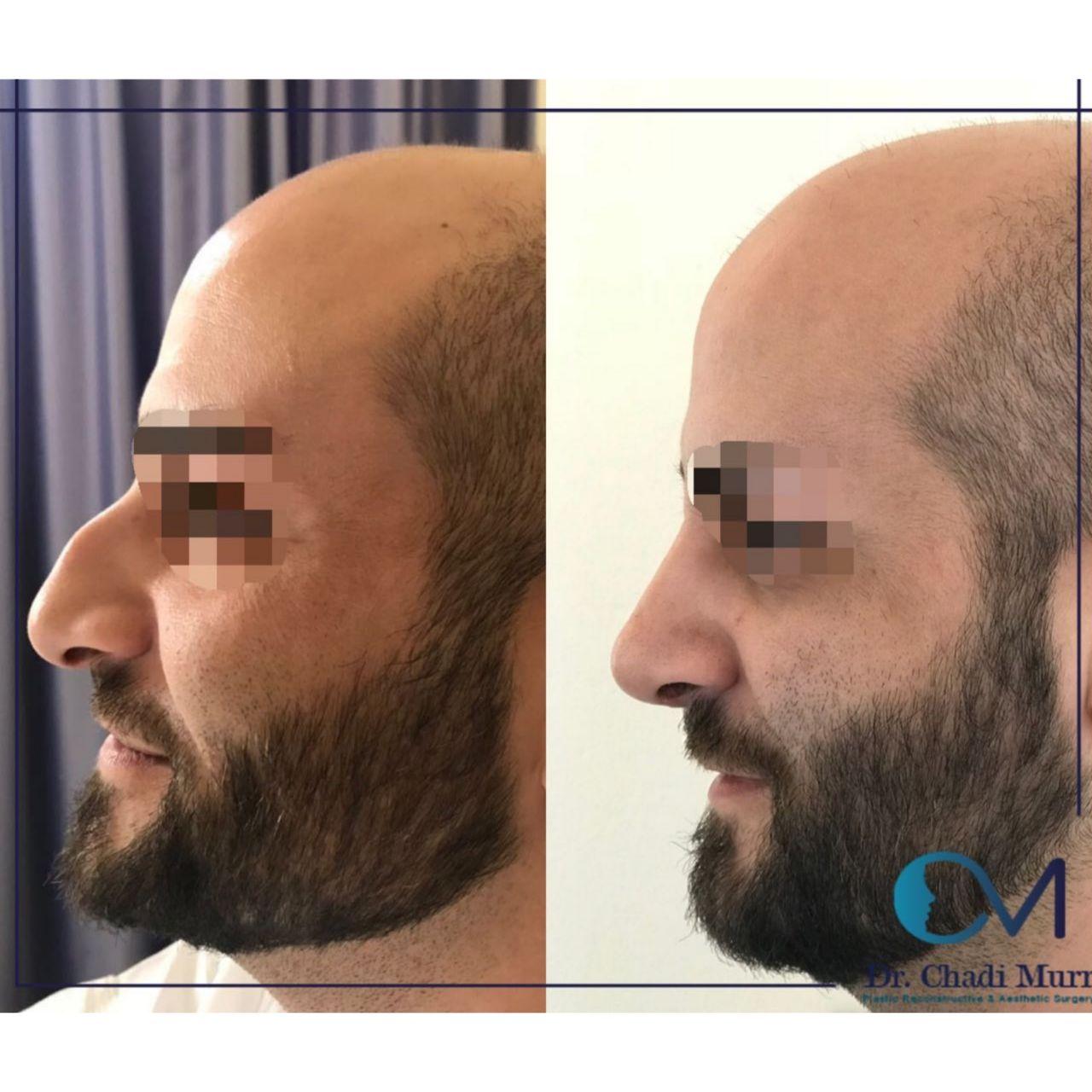 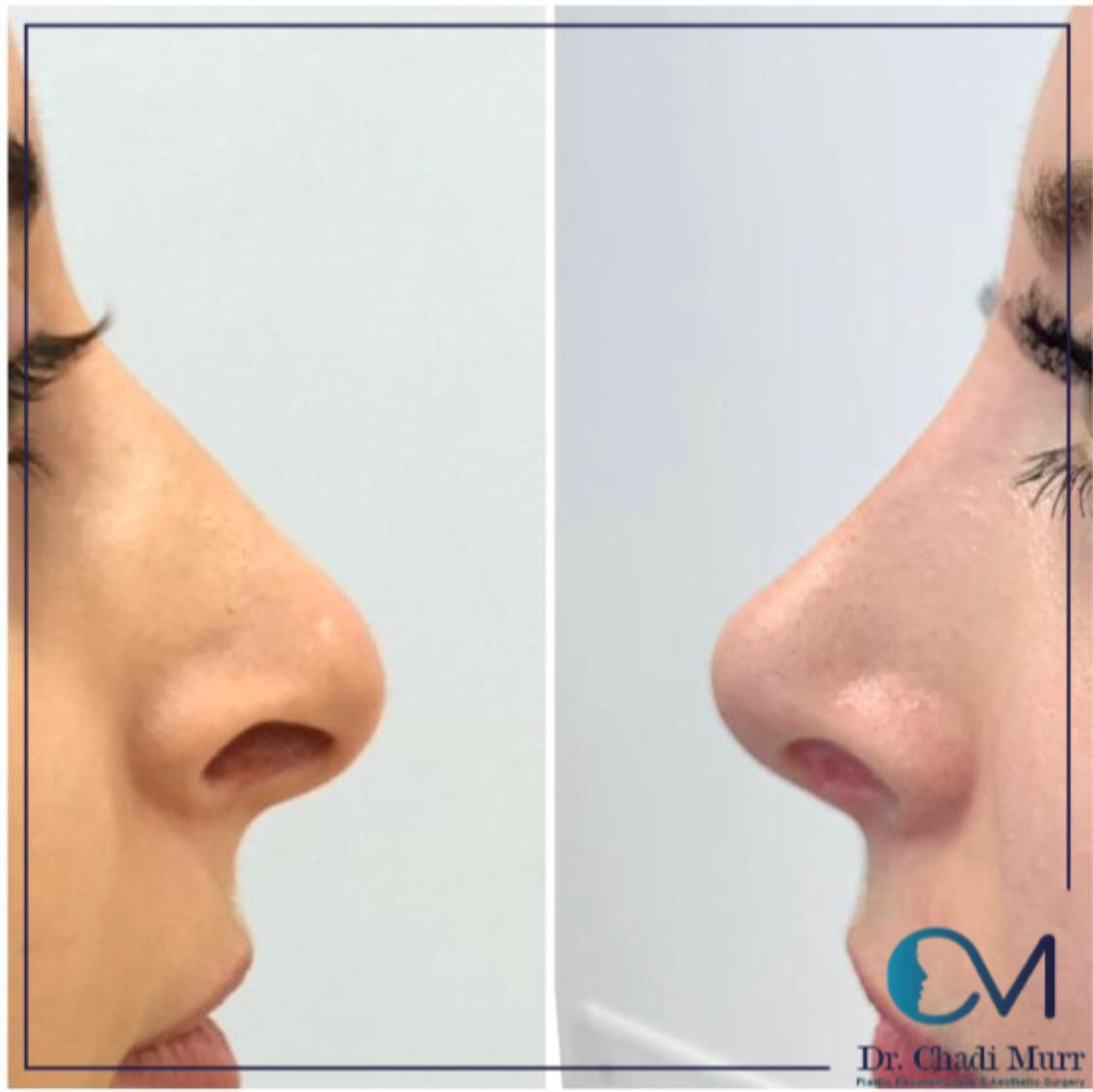 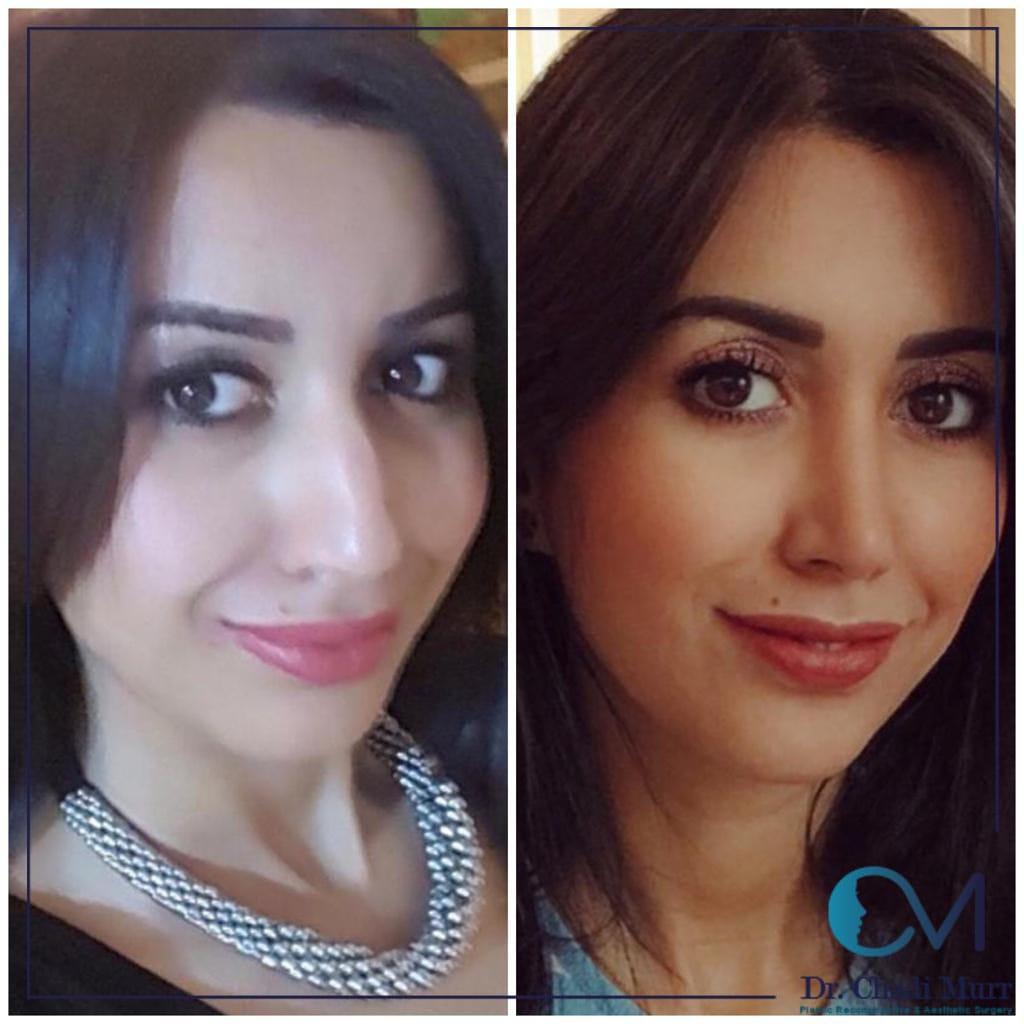 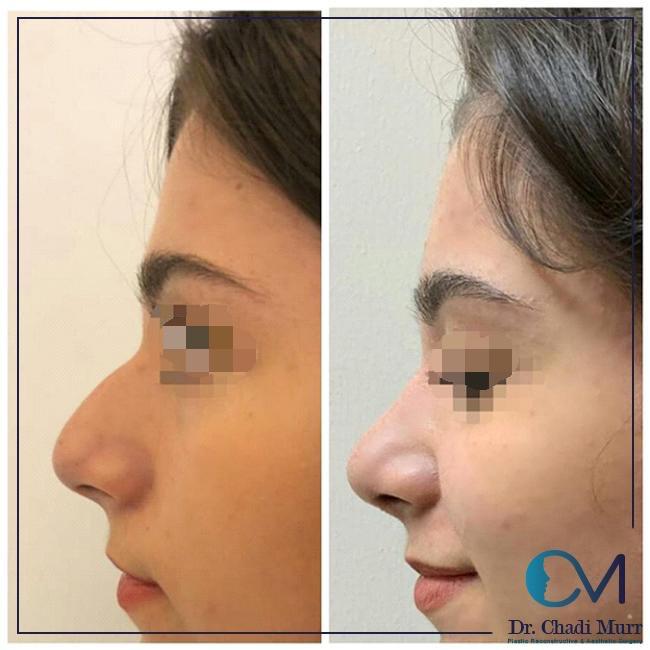 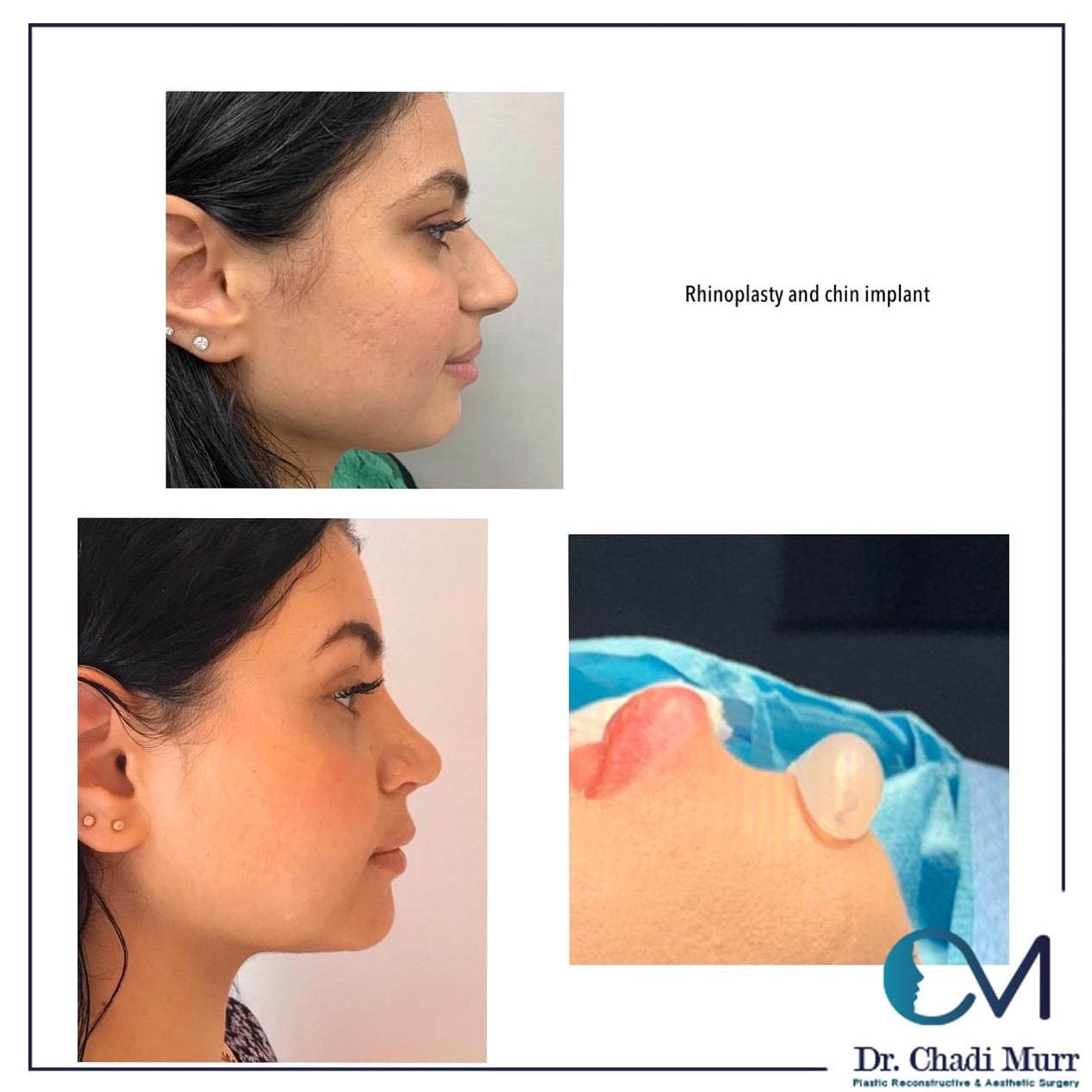 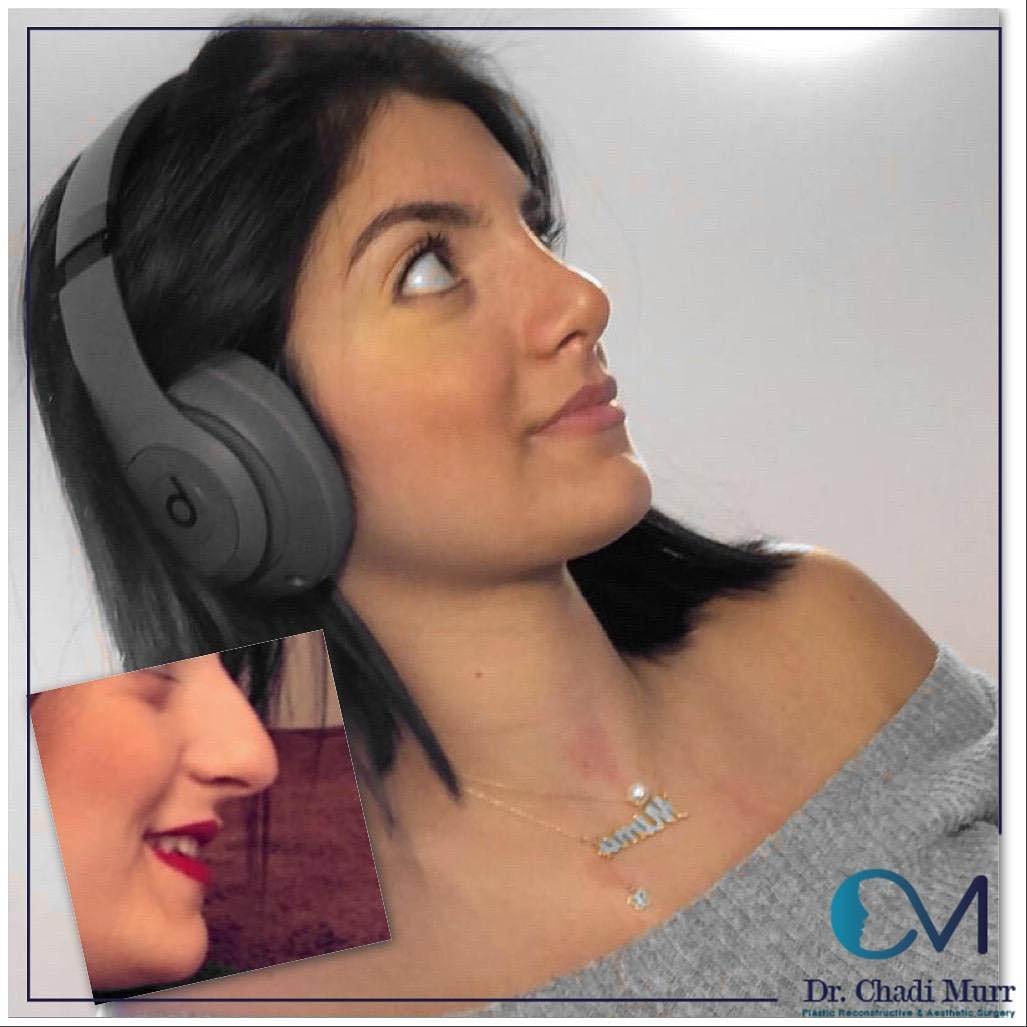 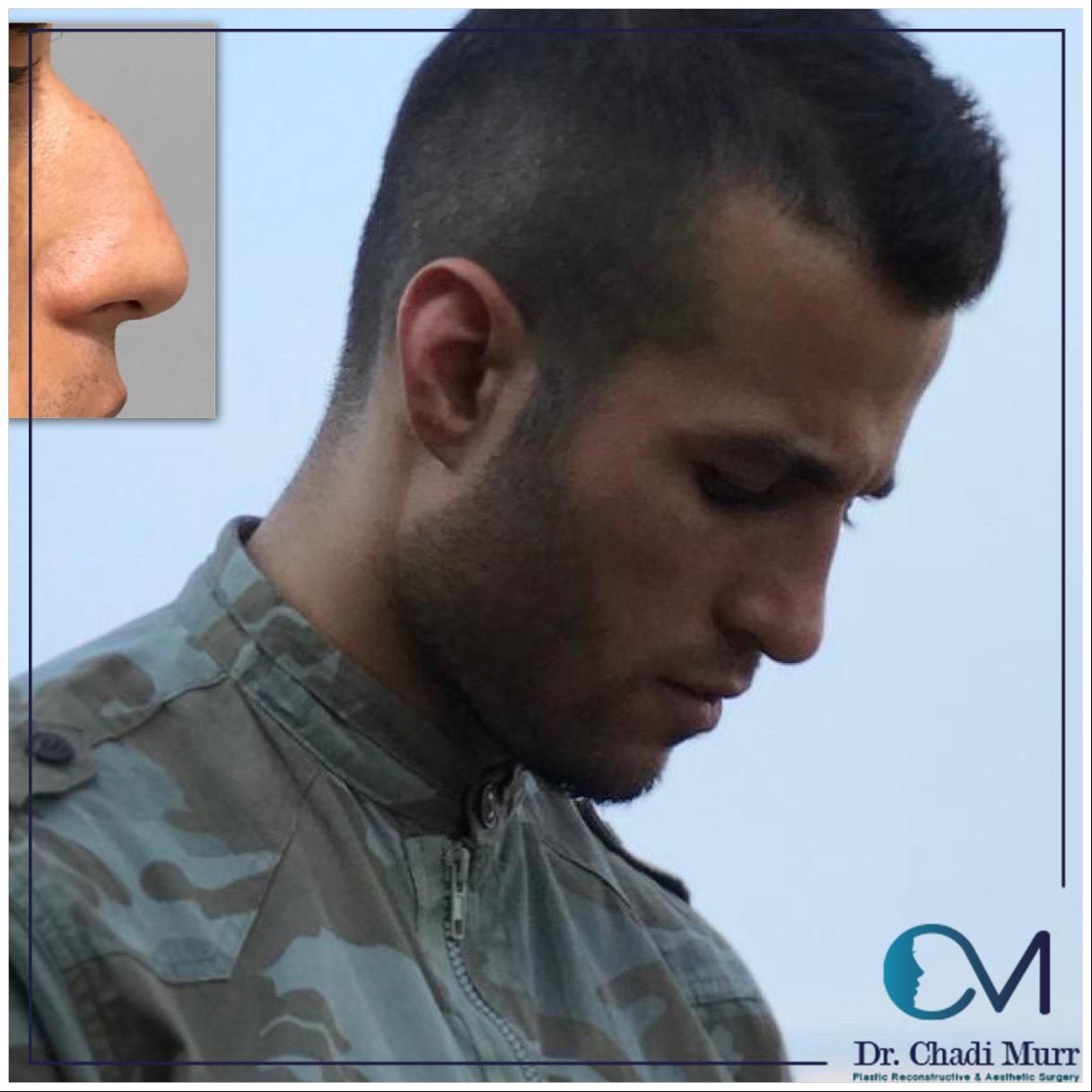 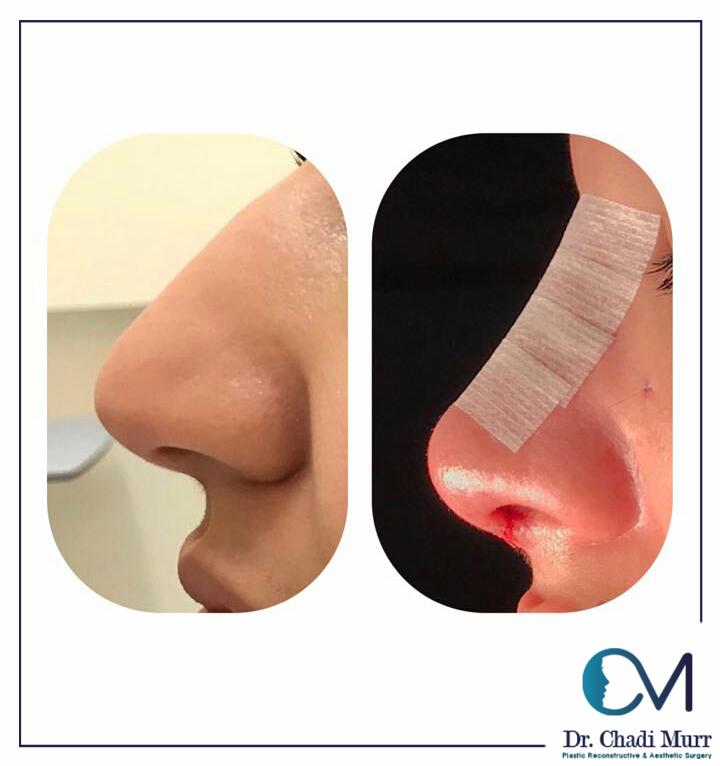 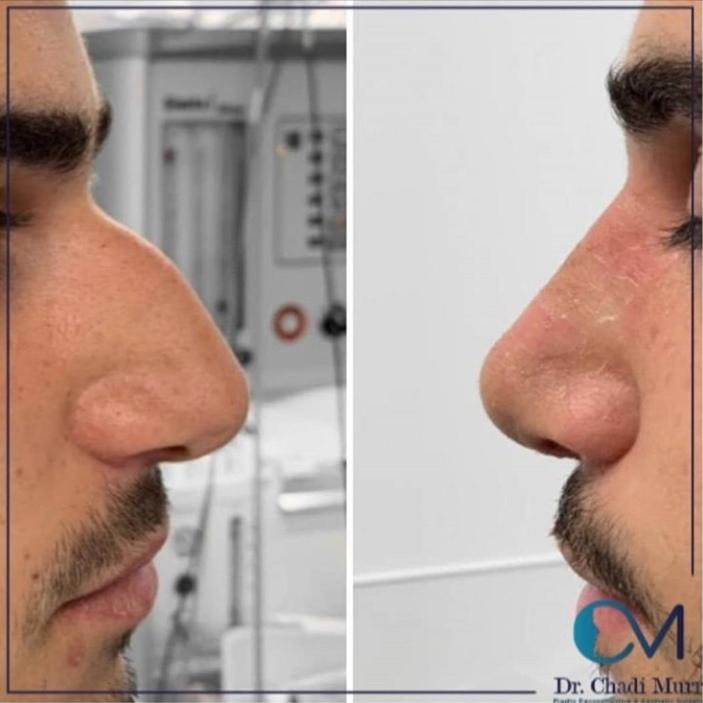 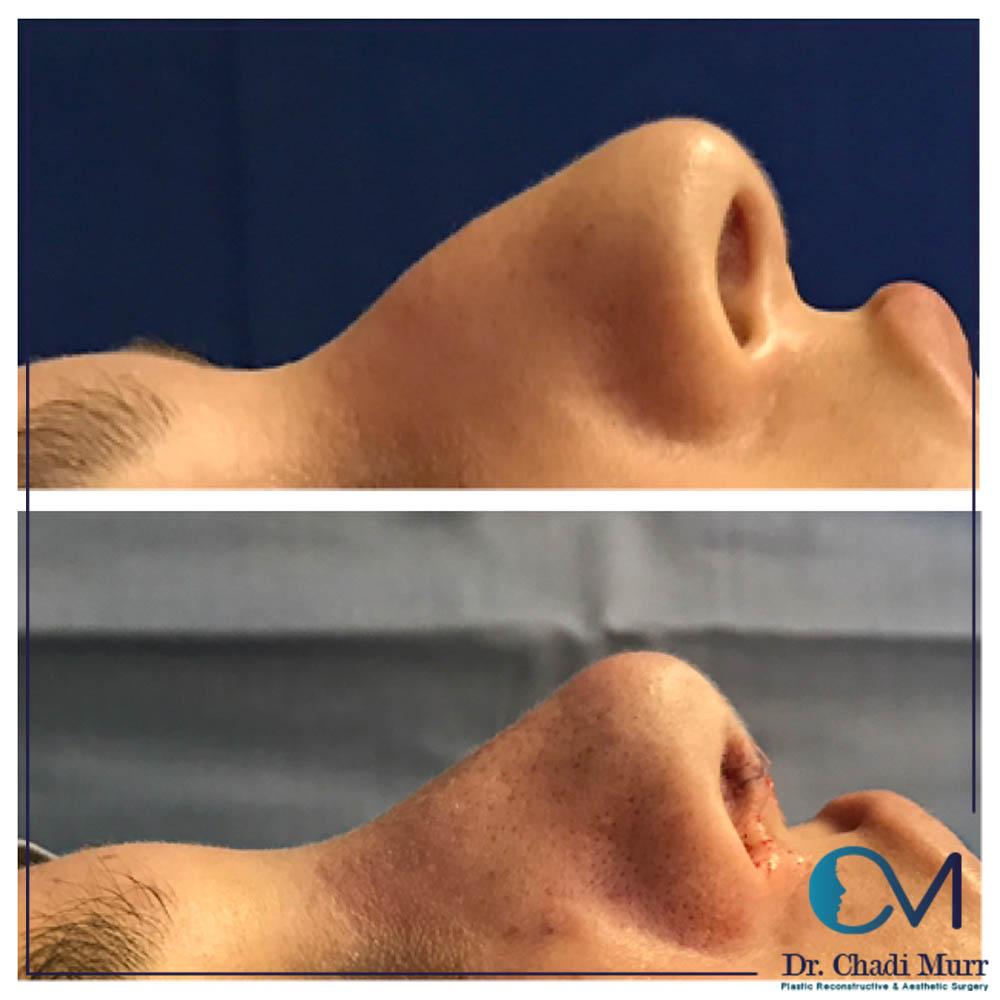 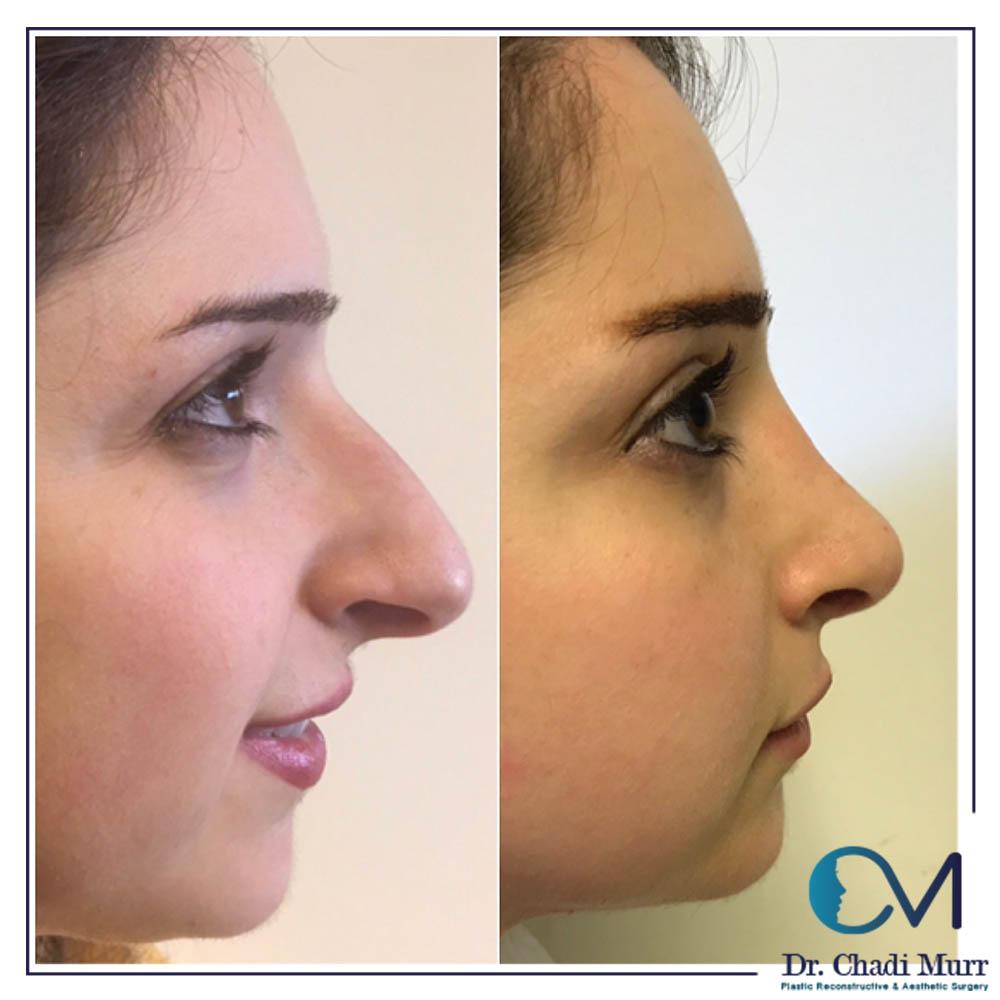 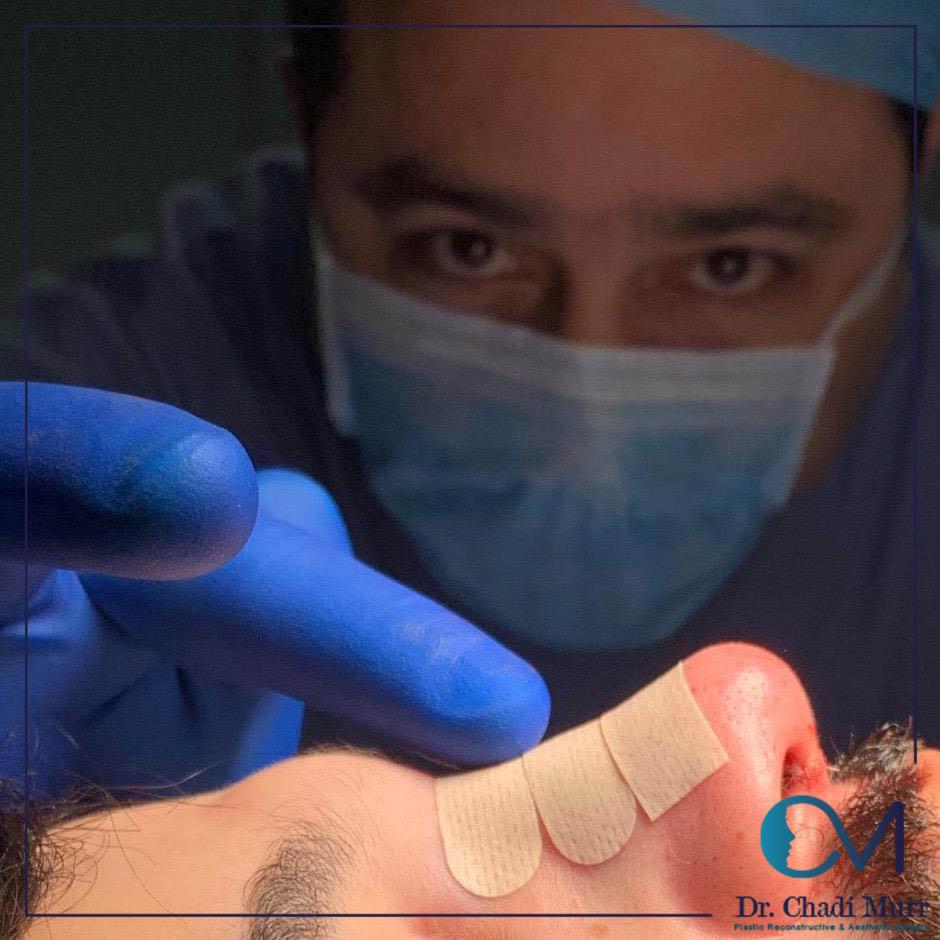 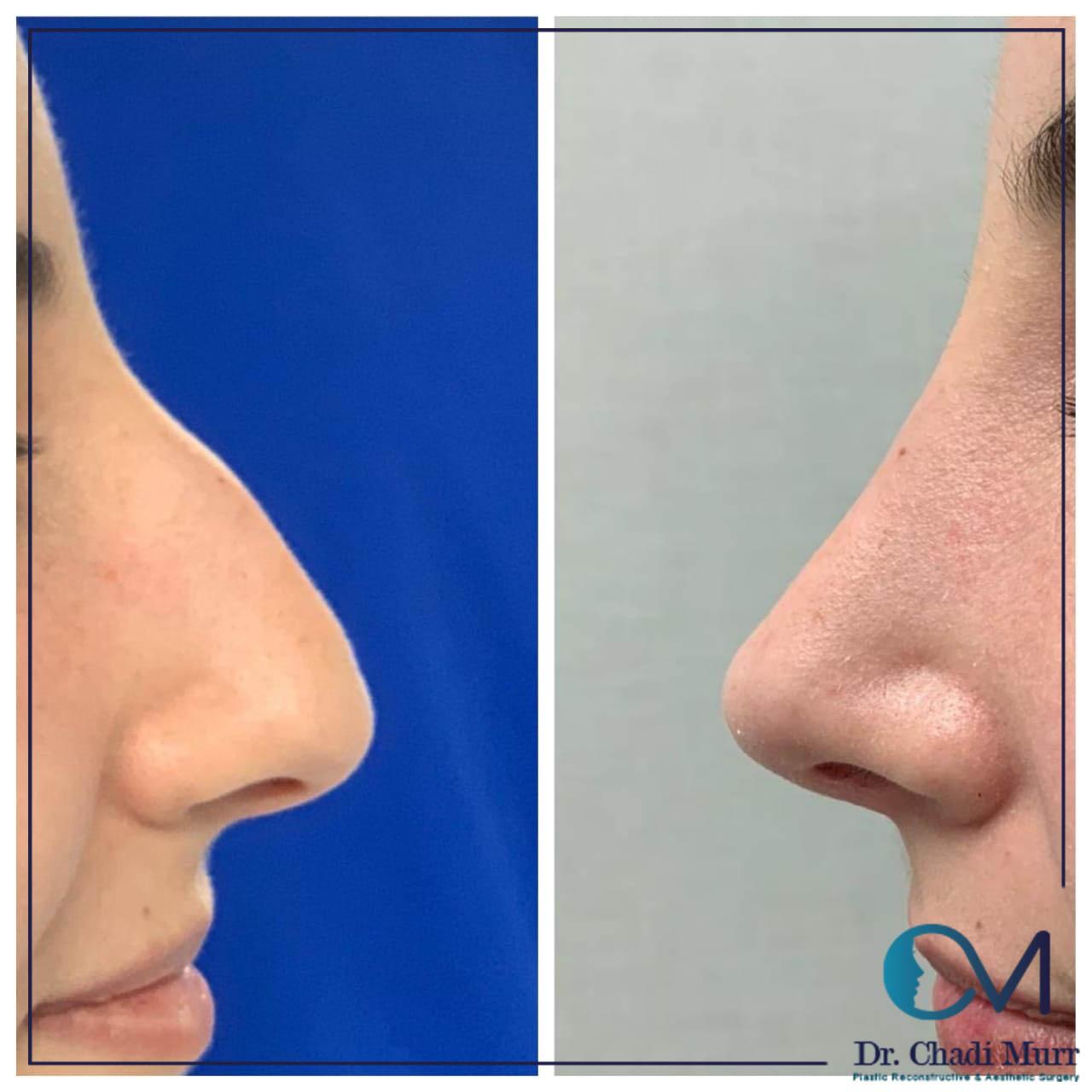 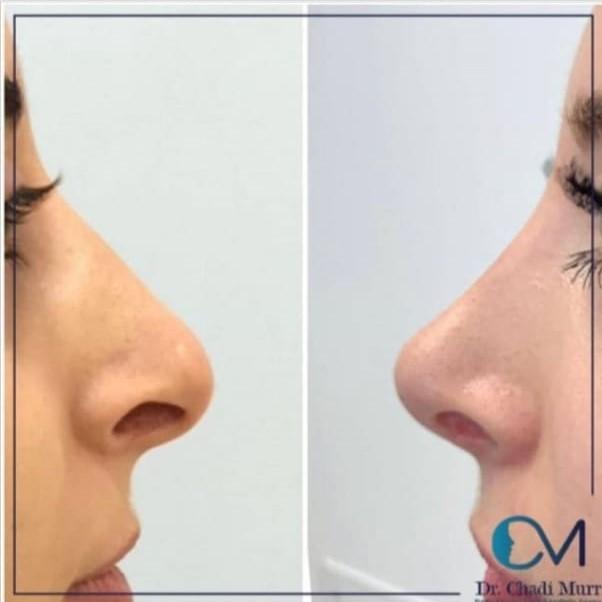 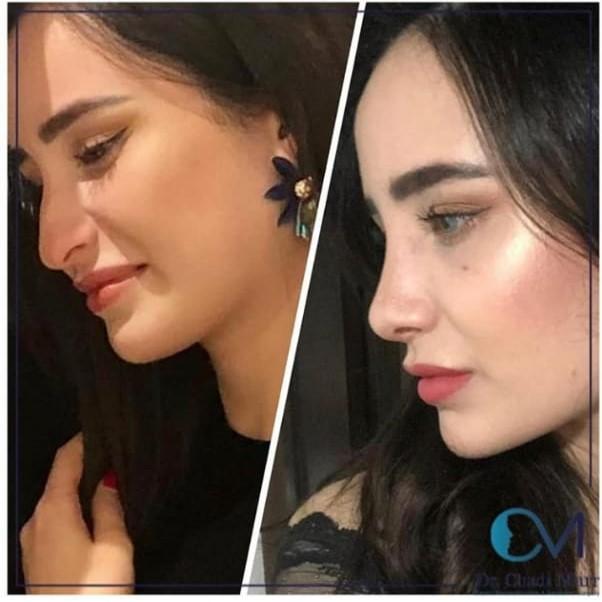