Back in ancient history, birth defects were considered as evidence of the presence of an evil spirit in the affected child. This was particularly true in the case of facial deformities such as cleft lip and palate, where the newborn was abandoned and left to die.

Cleft lip (cheiloschisis) and cleft palate (palatoschisis) are the most common congenital malformations on the face and affect approximately 1 in 1,000 live births. A cleft is a split in either the upper lip or the roof of the mouth (palate) or both. It occurs when different areas of the face do not join together correctly while the fetus is developing in the womb.

The cleft lip and palate malformation affects the appearance of the face, causes problems in feeding and speech and can lead to ear infections.

Is cleft lip and palate treatable?
In some ‘developed’ countries where pre-natal examinations allow early diagnosis, the mother can unfortunately interrupt her pregnancy if the a malformation is detected. I believe that choosing to terminate the pregnancy when the baby is diagnosed with a cleft lip is a CRIME. This malformation can be corrected through surgery, after which most children enjoy a normal appearance and recover normal speech. The Pisa Protocol that I follow in the treatment of cleft lip and palate, has been performed on more than a thousand children with excellent results.

What are the surgical reconstruction options?
The most adequate surgical approach for a child depends on his specific case of cleft lip and palate. 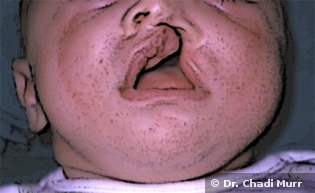 If the cleft of the maxilla is larger than 7mm, a two-stage surgery is performed:

The first stage consists of a lip adhesion and is performed when the baby is 20 days old. The second stage, known as Massei’s periostioplasty, is a procedure done around six weeks later and consists of a more defining lip/maxilla surgery.

1- The lip adhesion is a temporary closure that pulls the edges of the lip together, resulting with time in the alveolar segments (gum ridges) to come together slowly, and the premaxilla to be pushed backwards due to the pressure caused by the lip adhesion. This will prepare the structures of the pre-maxilla to the second and most important surgery.

2- Massei’s periosteoplasty is a procedure that requires precision and art. Its objective is to establish continuity in the bone membrane (periosteum) between the jaw segments, by inserting mimic muscles. Once the periosteum is moved towards and then over the cleft zone, the inserted muscles, overlying skin and nostril base can migrate to their normal anatomical position. This will allow the growth of new bone in in the maxilla. The importance of Massei’s periosteoplasty lies in the fact that bones will grow properly, providing the structure to the maxilla and nose to correct the defect, which is initially similar to the Leaning Tower of Pisa that was built with no heavy fundaments. 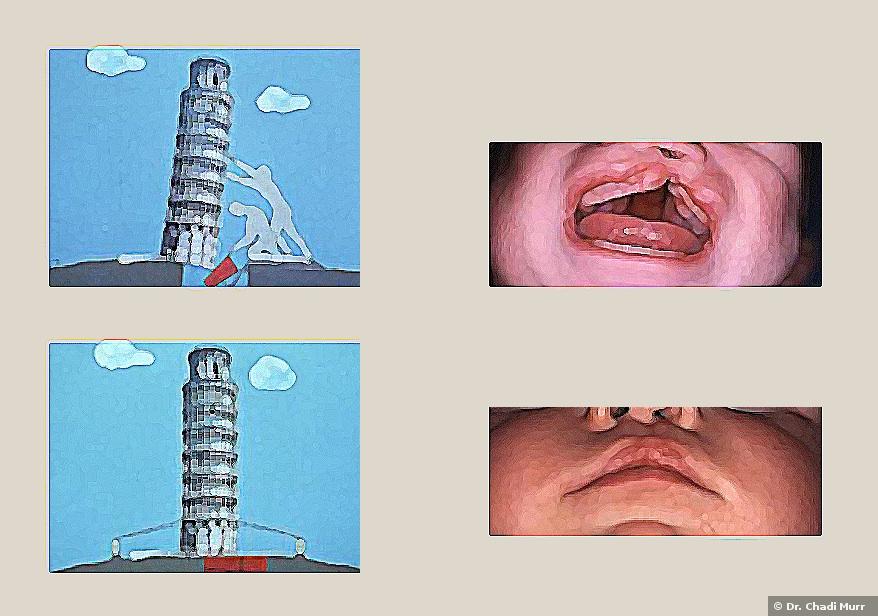 In case the palate is also affected, the palatoplasty will be performed at the age of six months. Following the surgery, your child will lead a normal life, unless his case involves other associated diseases like cardiac or renal malformations, which require additional care and treatment. If language problems occur, a speech therapist can solve the issue. 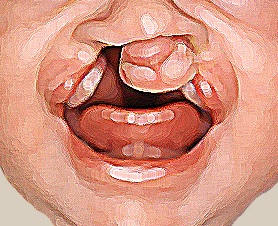 Babies born with a bilateral cleft lip have a gap on both sides of the lip, and they may have a deep split in the lip that extends into both nostrils. This may cause the nose to look broader and shorter than normal.

Correcting a bilateral cleft lip involves the same protocol used for treating a unilateral cleft lip. However, the surgery will require more time. In rare cases, bone will not grow sufficiently; therefore, an additional periosteoplasty or bone grafting is necessary at the age of five or six years. 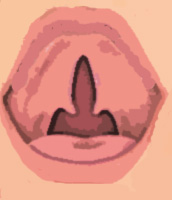 Cleft palate can be isolated or associated with cleft lip. However, in both cases, the repair of a cleft palate will be performed at the age of 5- 6 months.

1- In an isolated cleft palate, I will recreate the normal anatomy of the palate muscles that have not been joined during fetal growth. During the operation, nearby mouth tissue is used to close over the cleft.

2- In a cleft palate combined with cleft lip, the closing of the palate is the final procedure after the repair of the cleft lip and maxilla. Depending on the severity of the cleft, your child will follow an orthodontic (teeth alignment) and/or orthognathic (jaw structure) treatments.

How long is the recovery?
The main focus after surgery is to protect the new repair and stitches. For this reason, there will be some changes in the child’s feeding, positioning, and activity for a short time. 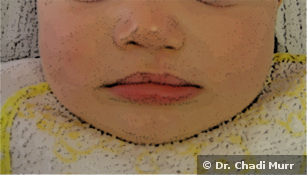 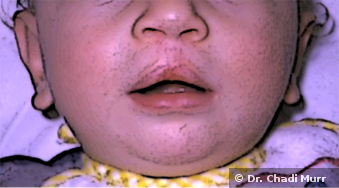 Be sure to discuss your concerns on how to care for your child after his surgery and what to expect during the recovery period. 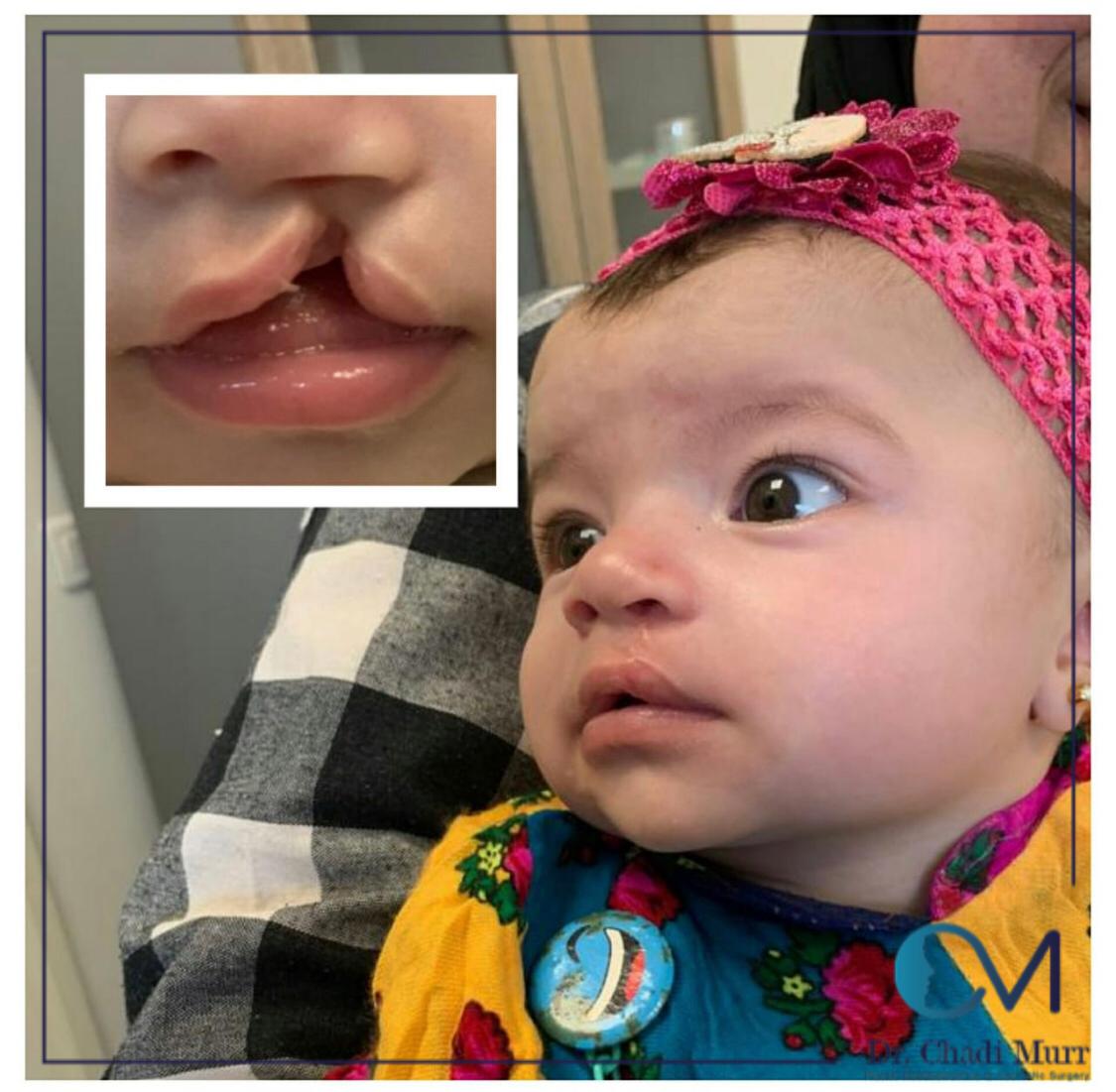 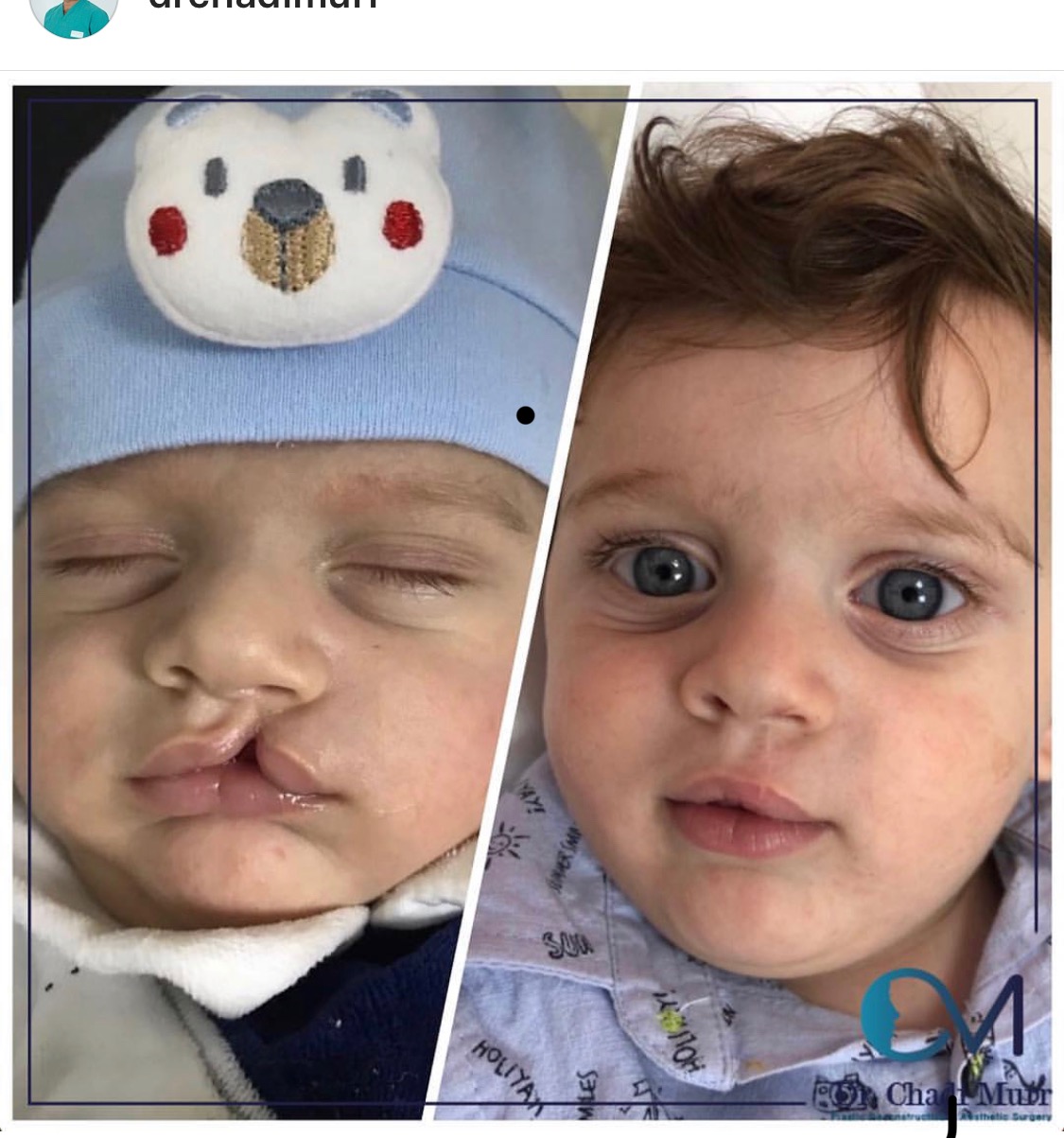 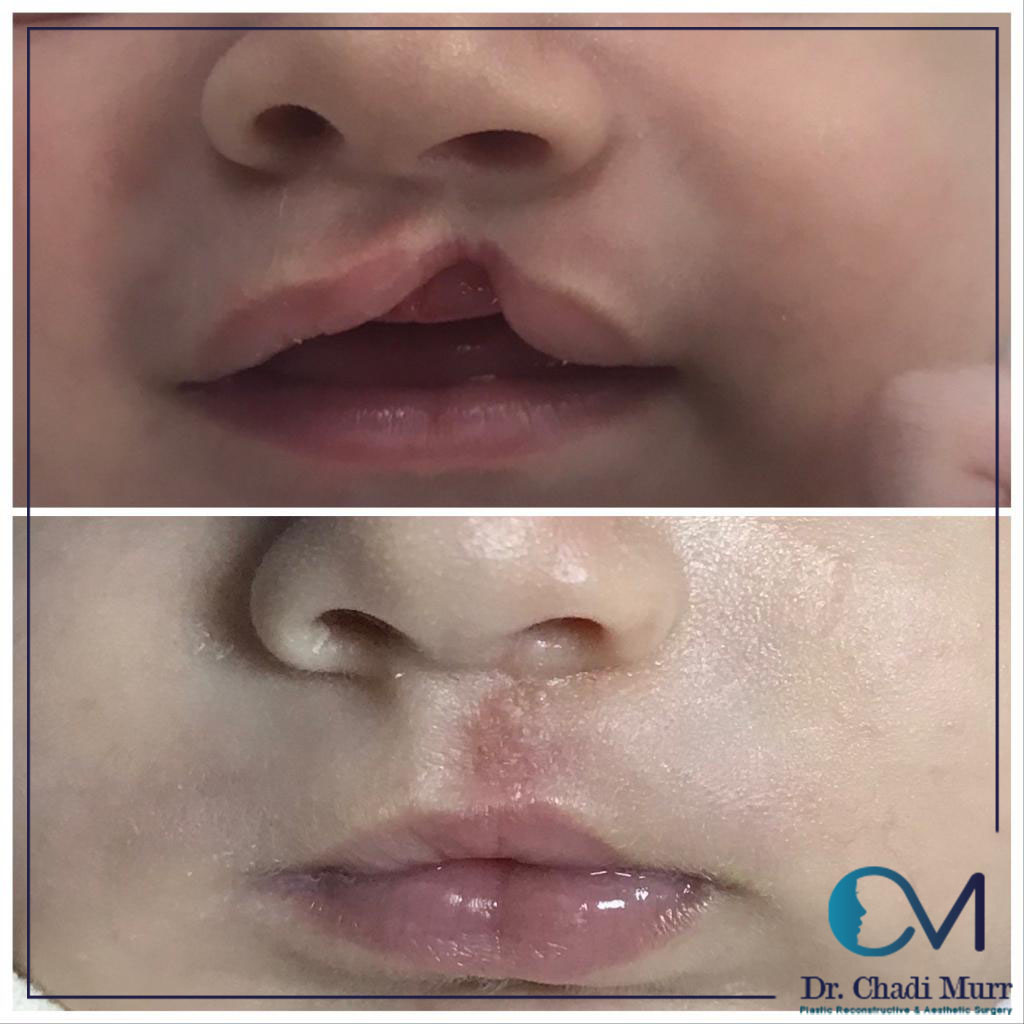 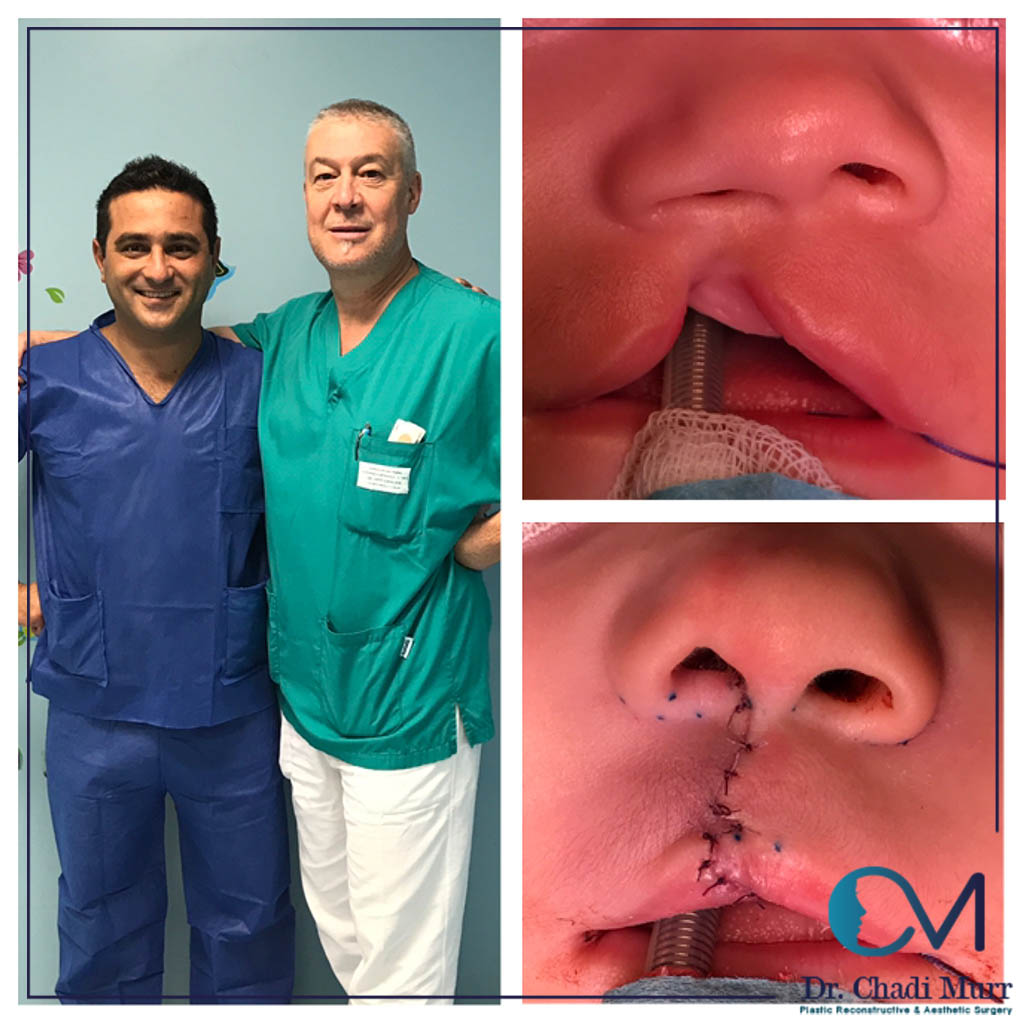 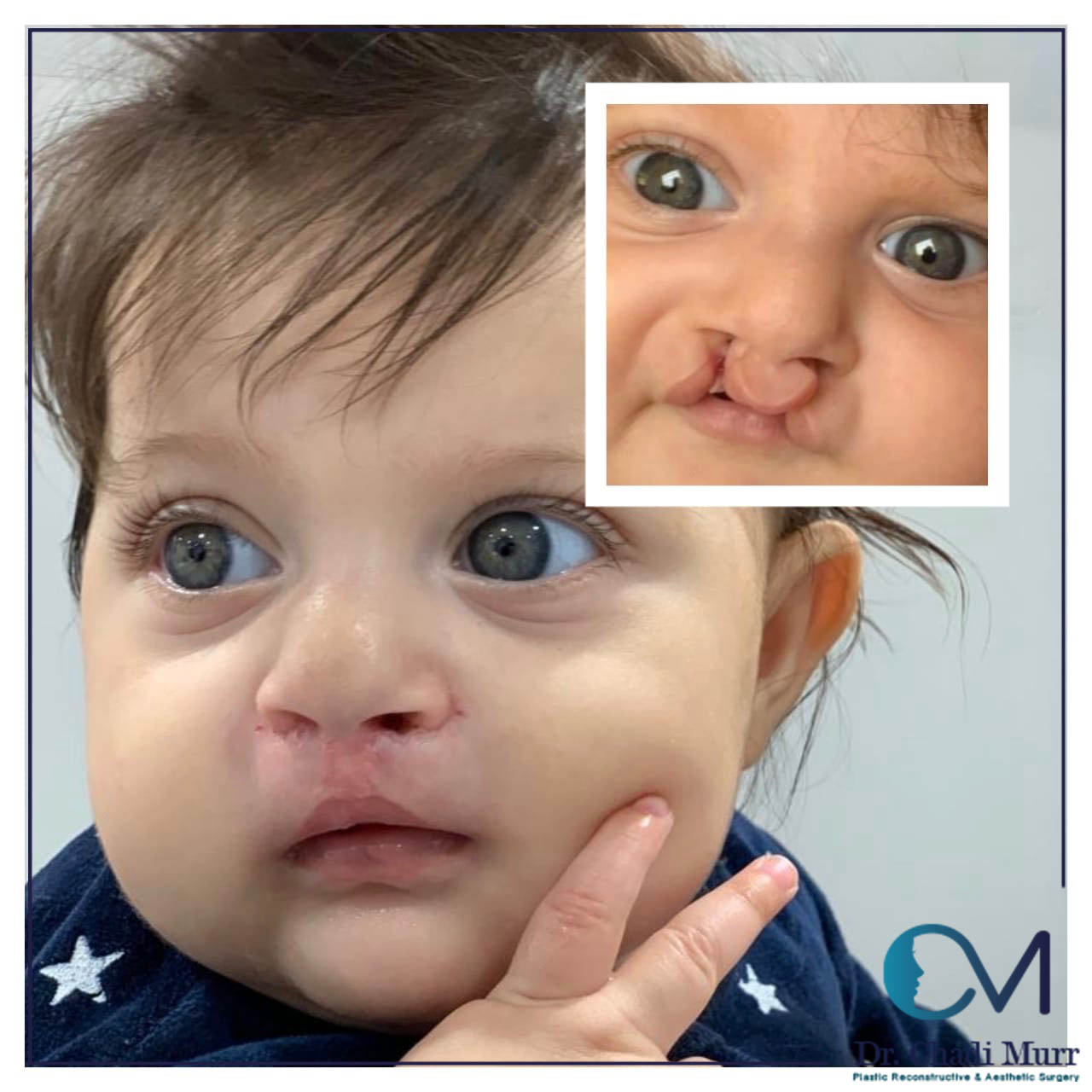 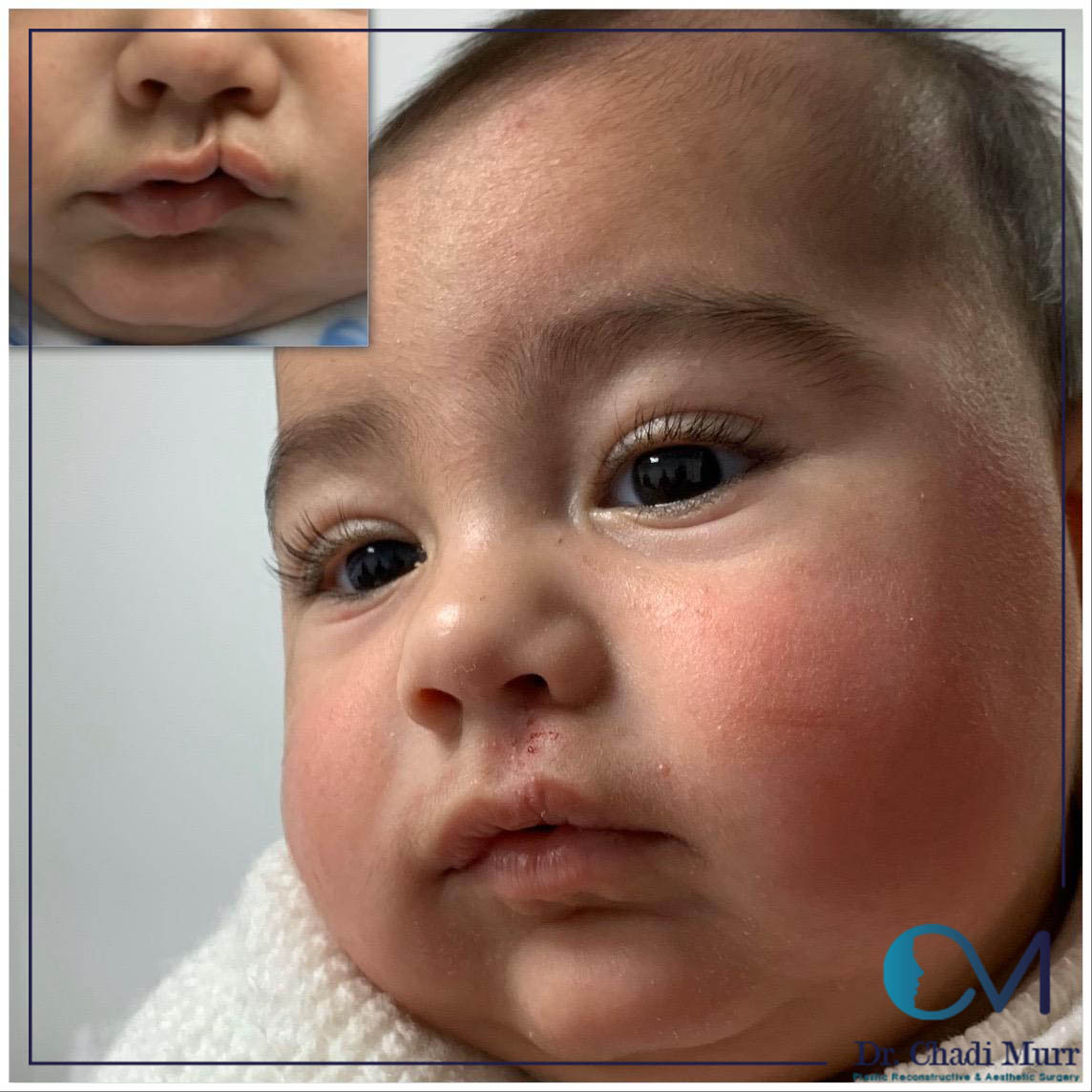